Equal Time Soccer was launched in 2018 by Matt Privratsky as the home for Minnesota women's soccer news. It began by focusing on the state's highest level program, the University of Minnesota, with added coverage of Minnesotans playing in the pros, the Women's Premier Soccer League, and other some other spot coverage of DII and DIII programs in the state.

In 2021, Equal Time expanded the team to cover newly DI St Thomas, Minnesotans playing DI across the country, and the Northern Sun Intercollegiate Conference -- one of the top DII conferences in the country. In 2022 it began covering the new USL W League squad MN Aurora FC. If you have a story you think we should cover, don't hesitate to reach out via email, Twitter, Facebook, or Instagram.

If you want to support coverage of women's soccer in Minnesota, become a monthly supporter for as little as $2 a month on Patreon! 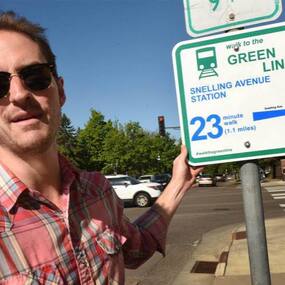 ​Matt Privratsky — Covers: the Gophers, Pros
​
Matt has been covering women’s soccer in Minnesota since 2016. He's done play by play broadcasting for Gopher Soccer games on BTN Plus and before starting Equal Time Soccer in 2018, Matt wrote about women's soccer for Fifty Five One.

Note: Matt plays an active role in running MN Aurora FC and as a result no longer covers summer league teams for the site. ​ 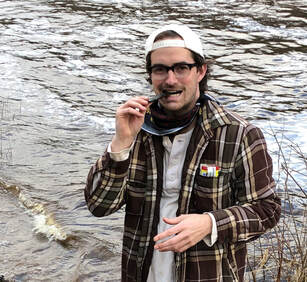 ​Mark Privratsky  — Covers: DI MNs, NSIC, WPSL/USL W
​
Mark is a twin of Matt Privratsky who wears glasses. He quit the lowest level division 3 soccer team in the nation (prior to ever practicing) in favor of concert choir in 2007. Mark spends much of his time reading soccer wikipedia and playing “FIFA”. He is excited to direct that energy into his coverage! Find his random musings on soccer, leftist venting, and pop culture brain dumps on Twitter. Isa grew up in St Paul, played for the St Paul Blackhawks and Como Park High School, and is starting college at Hamline University. She'll be using her St Paul cred to cover Minnesota's newest Division 1 women's soccer team, St Thomas, as well as other local soccer programs that don't traditionally get much coverage. You can follow her work and send suggestions via Twitter or Instagram. Elisabeth is a core, repeat guest for Equal Time’s summer league shows, covering all of Minnesota’s teams in the Women’s Premier Soccer League (WPSL) and the new MN Women’s Soccer Team launching in Summer 2022 in the USL W League. When she’s not on Equal Time, she’s the Director of Woso Content for Protagonist Soccer and the Marketing Manager for the California Storm. 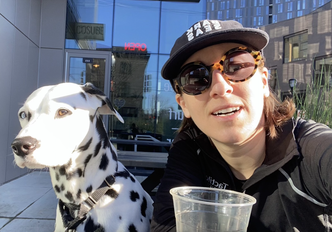 Dani is a retired professional soccer player who had played several years in the NWSL and overseas after starring at the University of Portland. She’s also coached at the youth national team and collegiate levels. She co-hosted the inaugural MN Aurora FC gameday shows alongside Mark and will serve as Equal Time's prime gameday analyst across all beats.